All throughout my youth in the 80s and early 90s, it never failed that the radio station in our car was dialed into the local oldies station. I have many fond memories driving with my mom; my long skinny arm hanging out the window, making airwaves while my head bopped to the music. I’d sing along to the likes of The Temptations, Buddy Holly, or Frankie Valli and the Four Seasons.

I even have one particular memory that places my older brother and some of the neighborhood boys staggered up on a bungalow staircase singing a choreographed rendition of “Earth Angel” to the new girl that moved in around the block.

To which my brother conveniently claims he doesn’t remember.

There’s no denying it though, I remember it like it was yesterday. Each of them brought their hands together, pumping them over their chest to show their hearts beating as they sang along. Makes me laugh every time I think about it.

Earth angel, earth angel
Will you be mine?
My darling dear
Love you all the time
I’m just a fool
A fool in love with you

Jukebox oldies or the golden oldies, as they are often referred to, are songs that date from the 50s through the early 1960s.  And I think no matter what your age or where you grew up you’ll recognize at least one of my favorites from that era.

READ NEXT: TOP 10 THINGS TO DO IN CLEAR LAKE, IOWA

My love of the oldies is what initially led my husband and me to a small city in northern Iowa on our most recent road trip from St. Louis to North Dakota. You see, Clear Lake is home to the legendary Surf Ballroom, a historic concert venue with a storied past.

The original building first opened in 1934 and was located right on the shores of Clear Lake. After a fire destroyed the building in 1947, a new one was built across the street.

The current Surf opened its doors on July 1st, 1948, and has internationally known to rock the microphone ever since. For a long time, you didn’t “make it” in the business until you played a set at the Surf.

The Day the Music Died

The Surf’s notoriety is what led the infamous Winter Dance Party of 1959 to Clear Lake, Iowa. The brief 24-day rock and roll tour will forever go down in history. It featured some of the most popular artists of the time including Buddy Holly, Ritchie Valens, The Big Bopper, Dion, and the Belmonts, Frankie Sardo, Waylon Jennings, Tommy Allsup and Carl Bunch.

After the group’s show, Buddy Holly, Ritchie Valens, and “The Big Bopper” J. P. Richardson boarded a small plane in nearby Mason City. In the early morning hours of February 3rd, 1959, tragedy struck and the young musicians never arrived at their next destination. The plane crash marked one of the most iconic moments in the history of music. And turned the Surf Ballroom and Clear Lake, Iowa into a rock ‘n roll pilgrimage of sorts.

Arguments swirl around whether or not Don McLean’s famous song, “American Pie” coined the plane crash as The Day the Music Died. Either way, the term stuck and it is widely used to describe that fateful night.

Not much has changed since it first opened, the Surf looks quite similar as it did sixty years ago. On the outside, the one-story building is quite plain and simple. Big blue block letters adorn the beige brick and mortar letting us know we are in the right place. A semicircular ticket booth sits empty between the two main sets of doors.

A Duke Ellington signed piano and rare photos taken at the Winter Dance Party are the first of many cool artifacts we see inside.

As I step onto the wooden floor of the large dancehall, I wonder who has played at the Surf Ballroom? I’ll soon learn many talented performers have graced the stage over the years including B.B. King, Santana, Lynyrd Skynyrd, Little Richard, REO Speedwagon, The Beach Boys, and countless others. It’s not a surprise that it was designated a historical landmark by the Rock and Roll Hall of Fame in 2009. 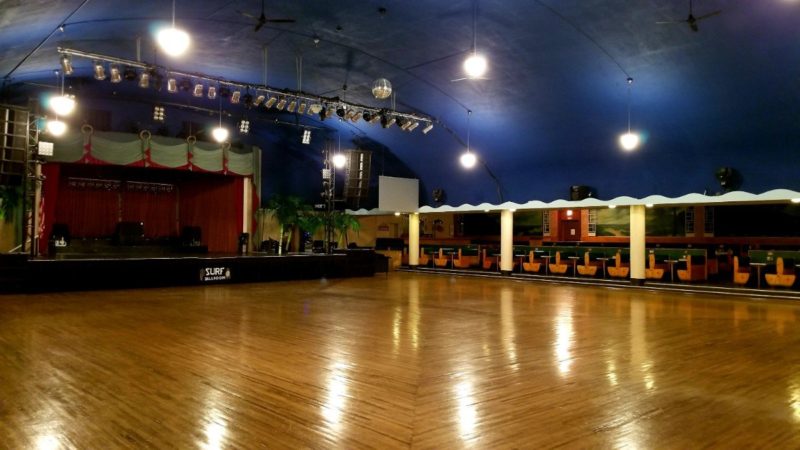 A quick glance around and it’s clear where the name “The Surf” comes from. I feel like I time-warped into a 1960s beach movie set with Frankie and Annette. Palm trees are next to the stage and ocean scenes with sailboats and raging waves are hand-painted on the walls. Even the retro diner booths have fish swimming in the wood.

Try to plan your visit around a show. I highly recommend seeing a performance at the Surf Ballroom, even if it’s not your genre of music. Buckcherry was playing the night we arrived. The raunchy singer is not necessarily everyone’s cup of tea but we saw all ages wandering around. Why? Because when an artist is up on stage at the Surf the room comes alive and the atmosphere is electric.

With that said, come back the next day when it’s quiet and open to the public for a self-guided tour because there’s a lot to see. And when you are not there for a show you can go inside the tiny “Green Room” and search for the most famous autographs on the wall.

Another perk of a self-guided tour is being able to hop on stage to imagine what it’s like to play for 2,000 people. It was surreal to be up on stage after seeing the show the night before.

In the main hallway on your left, do not miss the phone booth where Buddy Holly and Ritchie Valens made calls the night they died. Note the signature of Buddy Holly’s wife Maria at the bottom.

Next, check out the thousands of memorabilia, original posters, guitars, and autographed photos in the Cypress Room and Lounge area. You can spend hours looking at each of the mementos. 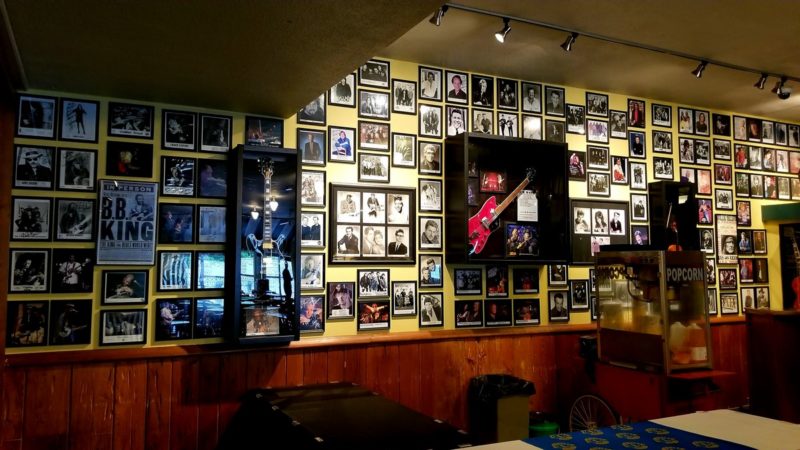 A few things to look for are Buddy Holly’s cufflinks, the aviation headset from the plane, and a copy of the telegram sent by Elvis Presley to Big Bopper’s family.

If you like history or music, a visit to the legendary Surf Ballroom is a must! To make your experience extra special, buy a ticket to the Winter Dance Party held annually as a tribute to the trio.

RELATED: BEST PLACES TO EAT ON AN IOWA ROAD TRIP

Details: A donation of $5 is suggested at the door. Guided tours can be arranged for groups of 30 or more.

*Disclaimer: I was provided two complimentary tickets to see a performance at the Surf Ballroom, but all experiences and opinions expressed are my own.* 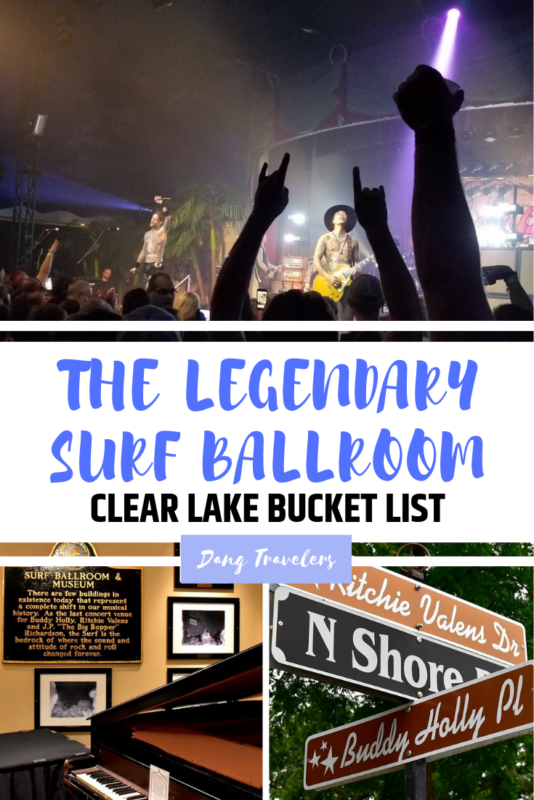